City of The Hague

The Hague (also Den Haag, 's-Gravenhage) is the seat of government in the Netherlands, and the capital city of the province of South Holland. With a population of 520.000 and more than one million inhabitants including the suburbs, it is the third largest city of the Netherlands, after Amsterdam and Rotterdam.

The Hague is the seat of the Dutch government and parliament, the Supreme Court, and the Council of State, but the city is not the capital of the Netherlands which constitutionally is Amsterdam. King Willem-Alexander of the Netherlands plans to live at Huis ten Bosch and works at Noordeinde Palace in The Hague, together with Queen Máxima. Most foreign embassies in the Netherlands and 150 international organisations are located in the city, including the International Court of Justice and the International Criminal Court, which makes The Hague one of the major cities hosting the United Nations, along with New York, Geneva, Vienna, Rome and Nairobi.

Only in 1806, when the Kingdom of Holland was a puppet state of the First French Empire, was the settlement granted city rights by Louis Bonaparte. After the Napoleonic Wars, modern-day Belgium and the Netherlands were combined in the United Kingdom of the Netherlands to form a buffer against France. As a compromise, Brussels and Amsterdam alternated as capital every two years, with the government remaining in The Hague. After the separation of Belgium in 1830, Amsterdam remained the capital of the Netherlands, while the government was situated in The Hague. When the government started to play a more prominent role in Dutch society after 1850, The Hague quickly expanded. Many streets were specifically built for the large number of civil servants employed in the country's government and for the Dutchmen who were retiring from the administration of the Netherlands East Indies. The growing city annexed the rural municipality of Loosduinen partly in 1903 and completely in 1923. 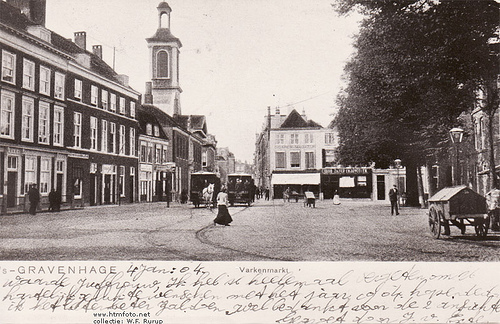