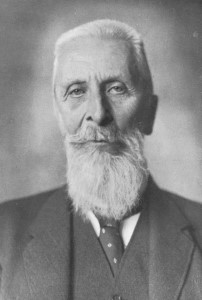 He was born on 29 May 1846, in Vienna, where his father, Count György Apponyi, was the resident Hungarian Chancellor at the time. He belonged to from an ancient noble family dating back to the 13th century. Count Albert Apponyi became a member of the Hungarian Parliament in 1872 and remained a member of it, with one short exception, until 1918. From the late 1880s, he was the leader of the “united opposition,” which consisted of all parties hostile to the Austro-Hungarian Compromise of 1867. He married Clotilde Apponyi in 1897.

He was Speaker of the House of Representatives of Hungary from 31 October 1901 to 6 November 1903.

As the minister of education he drafted the laws, sometimes called Apponyi laws, passed in 1907 in which the process of Magyarization culminated. Reading, writing and counting in primary schools was done exclusively in Hungarian for the first four years of education.Approximately 600 Romanian villages were left without education as a result of the law. By 1917, 2,975 Romanian primary schools were closed.

After World War I, Apponyi’s most notable public office was his appointment in 1920 to lead the Hungarian delegation to the Versailles Peace Conference to present Hungary’s case to the Allied and Associated Powersassembled there to determine the terms of the peace treaty with Hungary, which subsequently became known as the Treaty of Trianon on account of it having been signed in the Grand Hall of the Palace of Trianon. In the event, Apponyi’s mission to Versailles was in vain as the Allies refused to negotiate the terms of the peace treaty.

Between 1911 and 1932, he was five times nominated for the Nobel Peace Prize by Hungarian universities, scientists and political groups, but never became a laureate. Count Apponyi was a noted orator and had wide ranging interests outside politics, encompassing linguistics (he was fluent in six languages), literature, philosophy and music. He visited the United States of America a number of times, first in 1904 and last in 1924, where he engaged in lecture tours and befriended leading public figures, including Presidents Theodore Roosevelt and William Howard Taft. Apponyi described his impressions of America in his autobiography The Memoirs of Count Apponyi, published by Heinemann (London), 1935. He was also the author of the book Esthetics and Politics, the Artist and the Statesman. He died on 7 February 1933, in Geneva, where he was waiting at the time to attend the re-opening of the League of Nations Disarmament Conference.

By the American and British media, he was often called as "The Grand Old Man of Central Europe". In Hungary he was named as "The Greatest Living Hungarian".