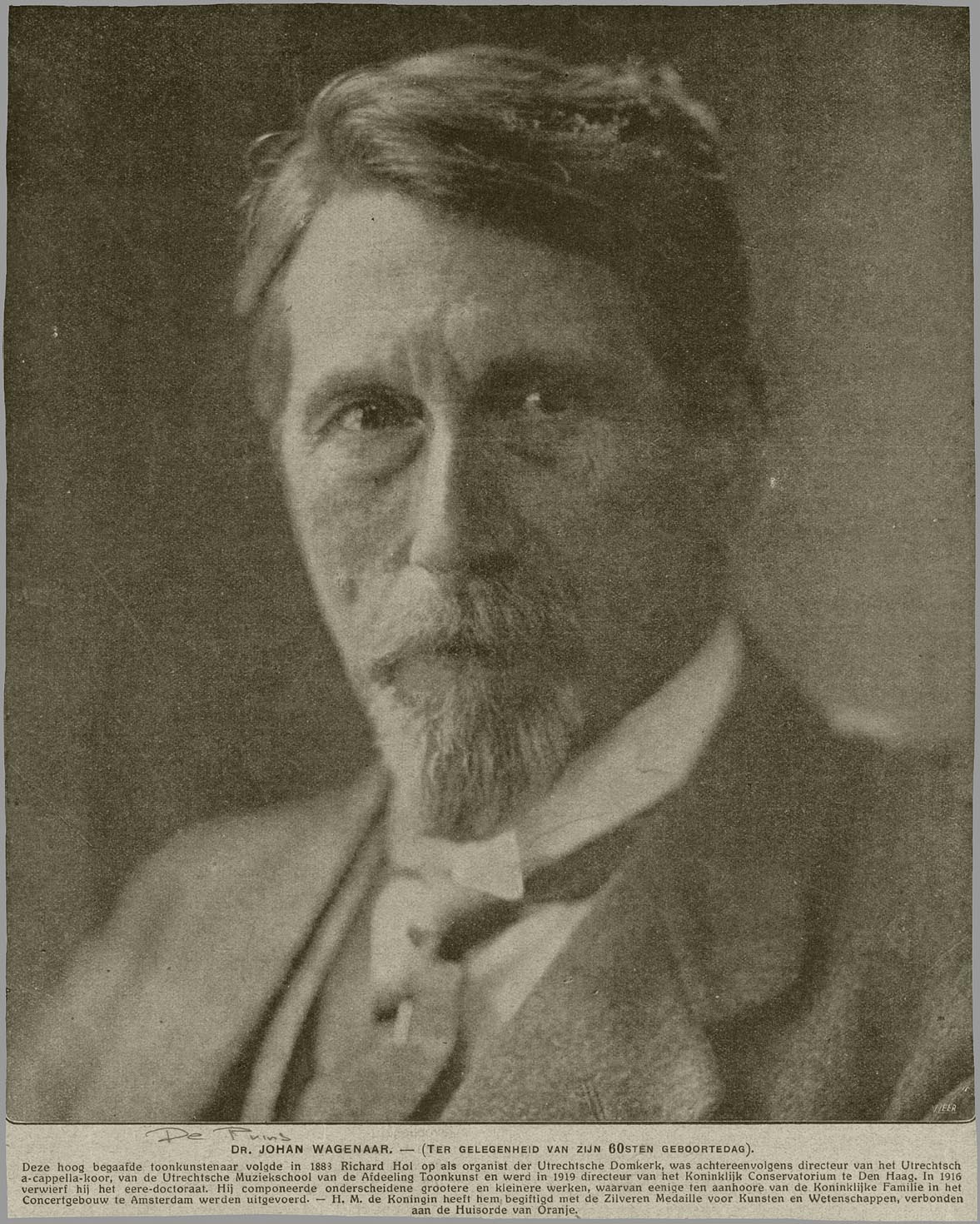 Johan (Johannes) Wagenaar was a Dutch composer and organist. Born in Utrecht, out of wedlock, he was the son of Cypriaan Gerard Berger van Hengst and Johanna Wagenaar. Wagenaar's parents were of different social strata: his father was an aristocrat, while his mother was of more humble origins. For this reason, Wagenaar's parents were not married, and thus Wagenaar received his mother's name as his family name. While Wagenaar resented that his parents never got married, he was by no means neglected by his father.

Wagenaar evidenced a talent for music as a child. However, he did not begin to receive a formal education in music until age 13, with subsequent instruction in piano, organ, violin, theory, and composition. He was under the tutelage of the composer Richard Hol and the organist Samuel de Lange, Jr. In 1892, he studied with Brahms' friend Heinrich von Herzogenberg in Berlin, specifically taking lessons in counterpoint.

In 1888, he succeeded Richard Hol as organist of Utrecht Cathedral, and earned fame for his skills at organ performances. In Utrecht, Wagenaar became a teacher at the music school in 1896, and the school's director in 1904. He also received an appointment with the Utrecht Municipal Orchestra (Utrechtsch Stedelijk Orkest). Between 1919 and 1937, Wagenaar was director of the Royal Conservatory at the Hague. His pupils included Peter van Anrooy, Emile Enthoven, Henri van Goudoever, Alexander Voormolen, Leon Orthel, Allard de Ridder, Willem Pijper (1894-1947) and Bernard Wagenaar.

On 23-07-1897, Wagenaar married Dina Petronella van Valkenburg. They had two daughters. Wagenaar's compositions include operas, cantatas, organ music, and orchestral works. The music of Hector Berlioz had a modest influence on his works, but a much more pronounced influence was Richard Strauss.