Paul Stefan, born Paul Stefan Grünfeld (Gruenfeld, Grunfeldt) was an Austrian music historian and critic. Paul Stefan came to live in Vienna in 1898. He attended courses in law, philosophy and art history at the University of Vienna, before studying music theory with Hermann Graedener and possibly composition under Arnold Schoenberg. From 1922 to 1937 he edited the Austrian music journal Musikblätter des Anbruch (entitled simply Anbruch from 1929).

Paul Stefan was the son of the leather goods manufacturers, deputies to the Moravian parliament and Turkish Consul Arnold Abraham Grunfeld (December 24, 1848 - MAY 17 1919) and his wife Annie, née Haas (May 23, 1859 - December 27, 1936), was born in the former crown land of Moravia of the Danube monarchy. The parents had converted to Catholicism. His younger brother was the economist Ernst Grunfeld. In 1898 he moved with his family to Vienna.

He studied at the University of Vienna philosophy, law, history of art and music and in 1904 to the Dr. phil. doctorate. Privately, he took music lessons with Arnold Schoenberg and Hermann Grädener. 1904-1910 Stefan worked as a secretary of the Central Union of Industrialists Austria. During the First World War, he served first as an officer in a cavalry unit and was assigned later to the War Archives. Paul Stefan was one of the most remarkable modern music writers and critics as well as dance-observer of his time. From 1921 on, he wrote for the music sheets of dawn and was in 1922 as the successor to Paul Amadeus Pisk until the cessation of this magazine whose chief editor in 1937.

He was also for many years music and dance critic for the Viennese newspaper The hour and the stage, as well as other European and American newspapers, including the Neue Zürcher Zeitung and Musical America. He was "basically not a Lober nor a censor; but his judgment, of an almost French delicacy and lucidity was safe. His essays, references and notes about concerts thank many lay only the knowledge of what music is all. "

In 1922, he was next to Rudolf Réti, Egon Wellesz and other founding member of the International Society for Contemporary Music, and had in the following years a number of years the post of vice-president of the Austrian section held. He also worked as a lecturer at the Vienna Reinhardt Seminar. After the "Anschluss" of Austria in 1938 he was forced to emigrate as a Jew and because of his anti-Nazi articles. He first went for half a year in Switzerland after Winterthur lived after until the occupation of France in 1940 in Paris, where he worked primarily for broadcasting. The next stop on his escape was Lisbon, where Stefan behalf of the government wrote a book about Portuguese music and translated some of his works into Portuguese.

In April 1941, he arrived in the United States, where he continued to be successful as a music journalist and lecturer. When organized for Stefan funeral service on March 11, 1944 Languages ​​Paul Nettl, Erika Wagner and Hugo Jacobi. Rudolf Kolisch, Lona Friedman and Fritz Jahoda took care of the musical accompaniment. Paul Stefan was married to the contralto Jella Braun-Fernwald since 1940. The deprivation of the doctorate by the Nazis was made by order of the Senate of the University of Vienna on 10 April 2003 to reverse.

Some of his works: 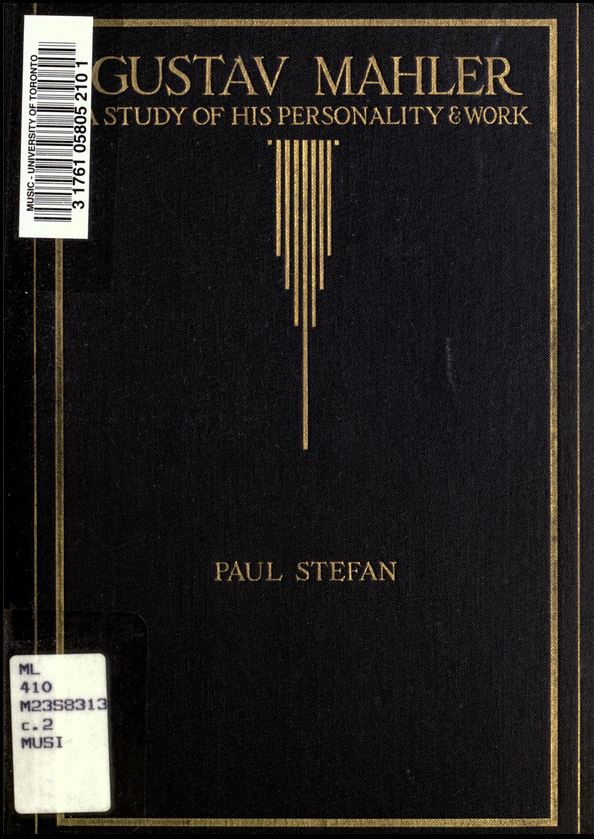 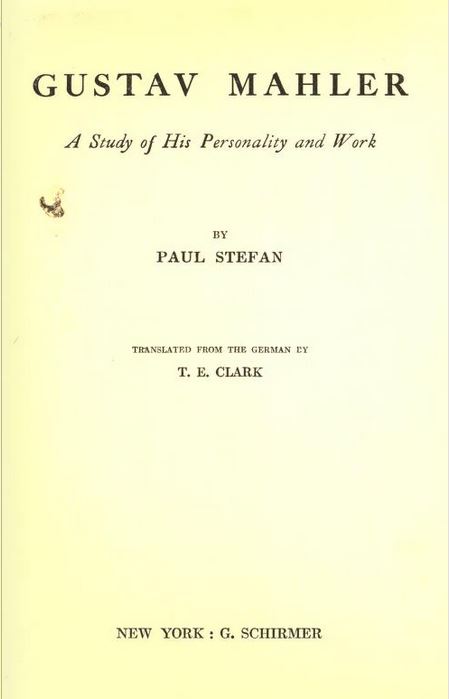 He came to Vienna in 1898 and studied Law, Philosophy, Art and Music History at the University of Vienna and graduated at the Law School at the University of Vienna on June 17th, 1904 with the academic degree 'Dr. iur.'. Besides he also studied Theory of Music with Hermann Graedener and Arnold Schoenberg. Paul Gruenfeld(t) was writer, music critic and musicologist. From 1904 to 1910 he was general secretary of the central association of industry ('Zentralverband der Industrie'), from 1921 to 1928 publisher of the Paper "Musikblaetter des Anbruchs" and Co-founder of the International Society for Contemporary Music in 1922. He taught at the Max Reinhard-Seminar in Vienna.

In 1938 he emigrated to Switzerland, 1939 to France, 1940 to Portugal and 1941 to the USA. There he worked at the newspaper "Neuen Volkszeitung" and wrote also books about Gustav Mahler (1910, 1912²), Neue Musik und Wien (1921), Die Wiener Oper (1922), Arnold Schoenberg (1924), Arturo Toscanini (1935), Richard Wagner, Franz Schubert und Bruno Walter (1936). In times of Nazism he was deprived of his academic degree on May 8th, 1941 with the racist argument, that he as a Jew was not considered dignified an academic degree of a German university ('eines akademischen Grades einer deutschen Hochschule unwürdig').

It took 62 years since the deprivation – and a very long time since the end of Nazism – until the regranting of the doctorate took finally place on April 10th, 2003 posthumously in a solemn ceremony.