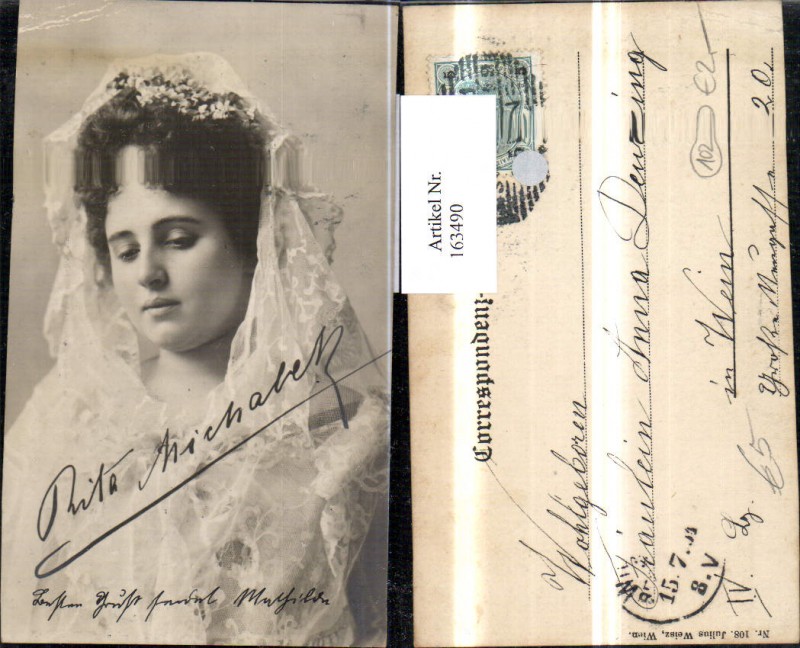 She studied Voice at the Conservatory of GdM (Philipp Forsten) and made her debut at the Hofoper as Siebel in 1897, fresh from the Vienna Conservatory. Her huge repertoire ranged from soubrette and coloratura roles such as Papagena and Marie in Donizetti’s La fille du regiment to lighter mezzo parts like Cherubino in Le Nozze di Figaro and Stéphano in Roméo et Juliette. In the same year she did Smetana's Dalibor (role Jitka) in Vienna. She was highly appreciated by Gustav Mahler. 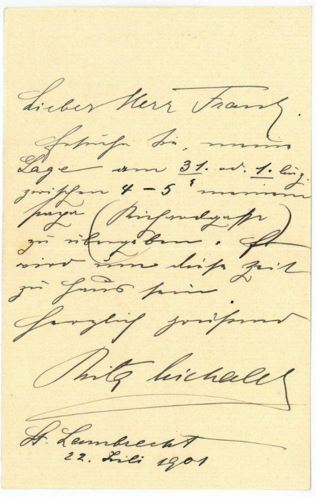 She sang in the world premiere of his 2nd Symphony as well as the Vienna premiere of his 4th Symphony Munich (25-11-1901) and in Vienna (01-12-1902). The Wunderhorn song of the fourth movement was sung by the 26-year-old Michalek, whose voice fitted Mahler's instruction in the score to sing with a cheerful and childlike tone of voice exactly. Michalek made a few, extremely rare discs for G&T. By 1910 she was a member of the Court Opera. After that she worked in Vienna as a singing teacher.