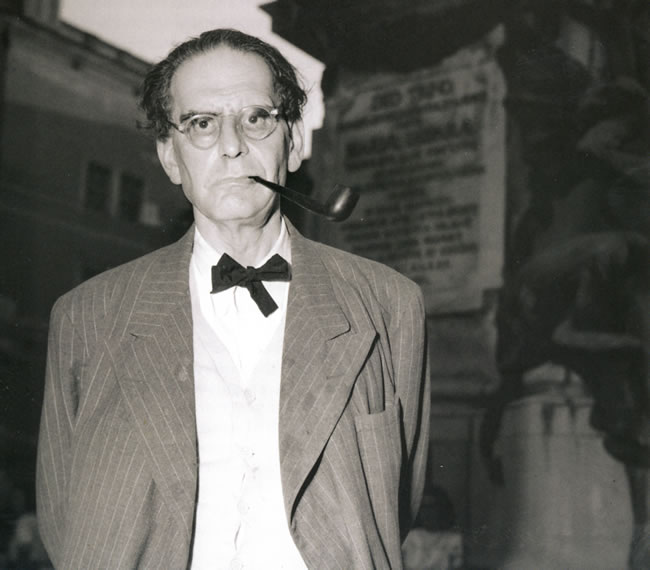 Otto Klemperer was a German conductor and composer. He is widely regarded as one of the leading conductors of the 20th century. Otto Klemperer was born in Breslau, Silesia Province, then in Germany (now Wrocław, Poland), as a son of Nathan Klemperer, a native of Prague, Bohemia (today's Czech Republic). Klemperer studied music first at the Hoch Conservatory in Frankfurt, and later at the Stern Conservatory in Berlin under James Kwast and Hans Pfitzner. He followed Kwast to three institutions and credited him with the whole basis of his musical development.

In 1905 he met Gustav Mahler while conducting the offstage brass at a performance of Mahler's Symphony No. 2, Resurrection. He also made a piano reduction of the second symphony. The two men became friends, and Klemperer became conductor at the German Opera in Prague in 1907 on Mahler's recommendation. Mahler wrote a short testimonial, recommending Klemperer, on a small card which Klemperer kept for the rest of his life. Later, in 1910, Klemperer assisted Mahler in the premiere of his Symphony No. 8, Symphony of a Thousand.

In 1933, once the Nazi Party had reached power, Klemperer, who was Jewish, left Germany and moved to the United States. Klemperer had previously converted to Catholicism, but returned to Judaism at the end of his life. In the U.S. he was appointed Music Director of the Los Angeles Philharmonic. He took United States citizenship in 1937. In Los Angeles, he began to concentrate more on the standard works of the Germanic repertoire that would later bring him greatest acclaim, particularly the works of Beethoven, Brahms and Mahler, though he gave the Los Angeles premieres of some of fellow Los Angeles resident Arnold Schoenberg's works with the Philharmonic.

He also visited other countries, including England and Australia. While the orchestra responded well to his leadership, Klemperer had a difficult time adjusting to Southern California, a situation exacerbated by repeated manic-depressive episodes, reportedly as a result of severe cyclothymic bipolar disorder. He also found that the dominant musical culture and leading music critics in the United States were largely out of sympathy with his Weimar modernism and he felt he was not properly valued.

Klemperer hoped for a permanent position as lead conductor in New York or Philadelphia. But in 1936 he was passed over in both  – first in Philadelphia, where Eugene Ormandy succeeded Leopold Stokowski at the Philadelphia Orchestra, and then in New York, where Arturo Toscanini's departure left a vacancy at the New York Philharmonic but John Barbirolli (1899-1970) and Artur Rodzinski were engaged in preference to Klemperer. The New York decision was particularly galling, as Klemperer had been engaged to conduct the first fourteen weeks of the New York Philharmonic's 1935-6 season.

Klemperer's bitterness at this decision was voiced in a letter he wrote to Arthur Judson, who ran the orchestra: "that the society did not reengage me is the strongest offense, the sharpest insult to me as artist, which I can imagine. You see, I am no youngster. I have a name and a good name. One could not use me in a most difficult season and then expell me. This non-reengagement will have very bad results not only for me in New York but in the whole world... This non-reengagement is an absolutely unjustified wrong done to me by the Philharmonic Society."

Then, after completing the 1939 Los Angeles Philharmonic summer season at the Hollywood Bowl, Klemperer was visiting Boston and was diagnosed with a brain tumor; the subsequent brain surgery to remove "a tumour the size of a small orange" left him partially paralyzed. He went into a depressive state and was placed in institution; when he escaped, The New York Times ran a cover story declaring him missing, and after being found in New Jersey, a picture of him behind bars was printed in the Herald Tribune.

Though he would occasionally conduct the Philharmonic after that, he lost the post of Music Director. Furthermore, his erratic behavior during manic episodes made him an undesirable guest to US orchestras, and the late flowering of his career centered in other countries. 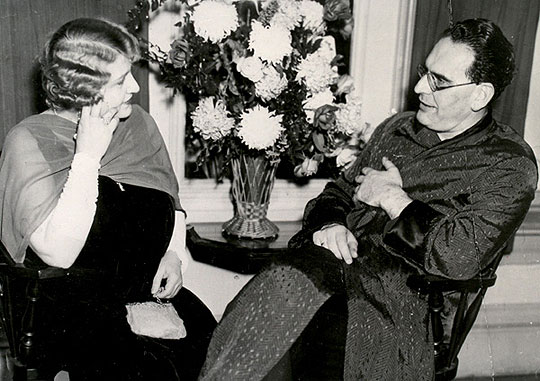 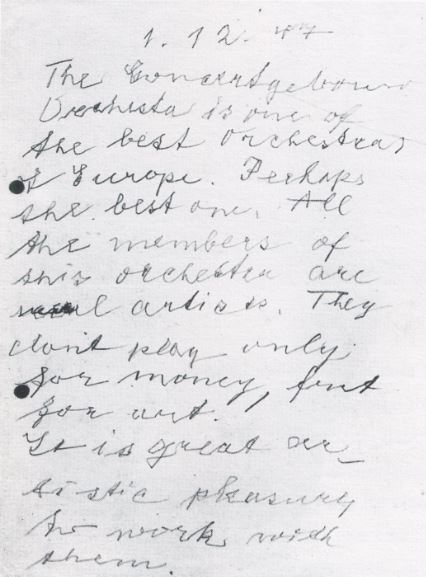 1947. 01-12-1947. Letter from Otto Klemperer (1885-1973) to Imre Kun: 'The Amsterdam Royal Concertgebouw Orchestra (RCO) is one of the best orchestras of Europe. Perhaps the best one. The members of this orchestra are near artists. They don't play only for money, but for art. It is a great artistic pleasure to work with them'.

In the early 1950s Klemperer experienced difficulties arising from his U.S. citizenship. American union policies made it difficult for him to record in Europe, while his left-wing views made him increasingly unpopular with the State Department and FBI: in 1952 the United States refused to renew his passport. In 1954 Klemperer again returned to Europe, and acquired a German passport.

His career was turned around in 1954 by the London-based producer Walter Legge, who recorded Klemperer in Beethoven, Brahms and much else with his hand-picked orchestra, the Philharmonia, for the EMI label. He became the first principal conductor of the Philharmonia in 1959. He settled in Switzerland. Klemperer also worked at the Royal Opera House Covent Garden, sometimes stage-directing as well as conducting, as in a 1963 production of Richard Wagner's Lohengrin. He also conducted Mozart's The Magic Flute there in 1962.

A severe fall during a visit to Montreal in 1951 forced Klemperer subsequently to conduct seated in a chair. A severe burning accident further paralyzed him, which resulted from his smoking in bed and trying to douse the flames with the contents of a bottle of spirits of camphor nearby. Through Klemperer's problems with his health, the tireless and unwavering support and assistance of Klemperer's daughter Lotte was crucial to his success.

One of his last concert tours was to Jerusalem, a couple of years after the Six-Day War, at which time he was awarded an Israeli honorary passport. Klemperer had performed in Palestine before the state of Israel declared its independence, and returned to Jerusalem only in 1970 to conduct the Israeli Broadcasting Authority Symphonic Orchestra in two concerts, performing the six Brandenburg Concerti of Bach, and Mozart's symphonies 39, 40 and 41. During this tour he took Israeli citizenship. He retired from conducting in 1971.

Klemperer died in Zürich, Switzerland, in 1973, aged 88, and was buried in Zürich's Israelitischer Friedhof-Oberer Friesenberg. In his later years, he had become increasingly worried about the influence of Jewish fundamentalism in Israel, and about Israel's foreign policies. He was an Honorary Member (HonRAM) of the Royal Academy of Music. His son, Werner Klemperer, was an actor and became known for his portrayal of Colonel Klink on the US television show Hogan's Heroes. The diarist Victor Klemperer was a cousin; so were Georg Klemperer and Felix Klemperer, who were famous physicians.

Klemperer is less well known as a composer, but like other famous conductors such as Furtwangler, Walter and Markevich, he wrote a number of pieces, including six symphonies (only the first two published), a Mass, nine string quartets, many lieder and the opera Das Ziel. He tried at times to get his works performed, as he had hopes of being remembered as a composer as well as a conductor, but had little success. They have generally fallen into neglect since his death, although commercial recordings have occasionally been made of some of his symphonic works. Four string quartets and a selection of piano pieces and songs have been recorded in two limited edition CDs. 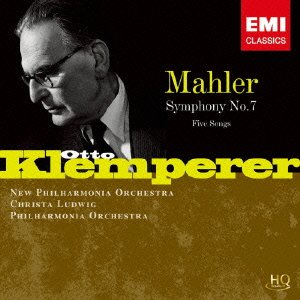 Regardless of tempo, Klemperer's performances often maintain great intensity, and are richly detailed. Eric Grunin, in a commentary on the "opinions" page of his Eroica Project, notes: "....The massiveness of the first movement of the Eroica is real, but is not its main claim on our attention. That honor goes to its astonishing story (structure), and what is to me most unique about Klemperer is that his understanding of the structure remains unchanged no matter what his tempo... "