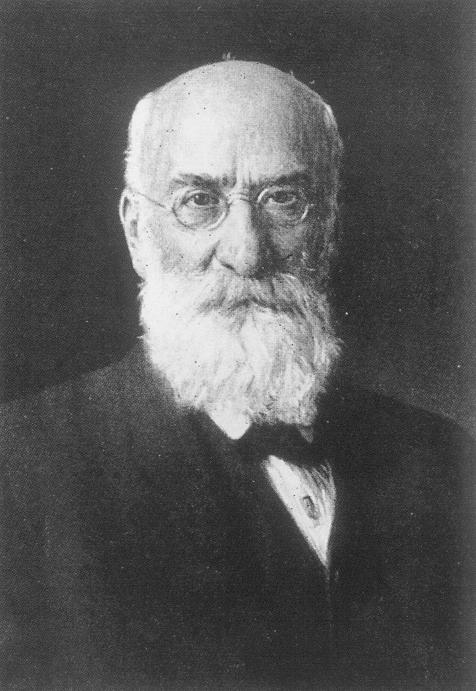 His father Joachim, a physician, died of typhoid fever in 1857. Joachim contracted the illness from a patient, and therefore told his wife Franciska to "never allow any of the children to become a doctor".

Adler studied at the University of Vienna and (at the same time (1868-1874)) the Vienna Conservatory of Music (where he studied piano (main subject) and music theory and composition under Anton Bruckner and Otto Dessoff). He received an arts diploma from the conservatory in 1874. In 1878, he graduated from University of Vienna as doctor of jurisprudence, and in 1880 as doctor of philosophy. His dissertation, Die Grundklassen der Christlich-Abendländischen Musik bis 1600 (The Chief Divisions of Western Church Music up to 1600), was reprinted in Allgemeine Musikzeitung.

A pioneer of musicology

In 1883 Adler became lecturer in musicology at University of Vienna, on which occasion he wrote Eine Studie zur Geschichte der Harmonie (An Essay on the History of Harmony), published in the "Sitzungsberichte der Philosophisch-Historischen Klasse der Wiener Academie der Wissenschaften", 1881.

In 1885 he was called to the newly established German University of Prague, Bohemia, as ordinary professor of the history and theory of music, and in 1898, in the same capacity, to the University of Vienna, where he succeeded Eduard Hanslick. His students at the Musikwissenschaftliches Institut included Anton Webern and composer Karel Navrátil.

In 1886 he published Die Wiederholung und Nachahmung in der Mehrstimmigkeit; in 1888, Ein Satz eines Unbekannten Beethovenischen Klavierkoncerts. In 1892-93 he edited a selection of musical compositions of the Emperors Ferdinand III, Leopold I, and Joseph I (two vols.). Between 1894 and 1938 he was editor of Denkmäler der Tonkunst in Österreich, a seminal publication in music history.

Adler was one of the founders of musicology as a discipline (Musikwissenschaft). He was also among the first scholars in music to recognize the relevance of sociocultural factors to music (Musiksoziologie), thereby providing a broader context for aesthetic criticism which, with biography, had been the primary focus of 19th century music scholarship. Empirical study was for him the most important part of the discipline. His own emphasis was on the music of Austria, specifically the music of the First Viennese School: Haydn, Mozart and their contemporaries.

In a book by Edward Reilly provides the essential documents connected with the friendship between the eminent Viennese music-historian Guido Adler and the composer Gustav Mahler. The nature and extent of that friendship has been the source of a number of questions for some years. Although Adler was the author of one of the important early studies of Mahler, he was reticent about speaking of his personal connection with the composer, and for many years the single available published letter from Mahler to Adler was one that was sharply critical in tone. A few somewhat disparaging references in Alma Mahler's recollections also raised questions about the degree of friendship between the two men.