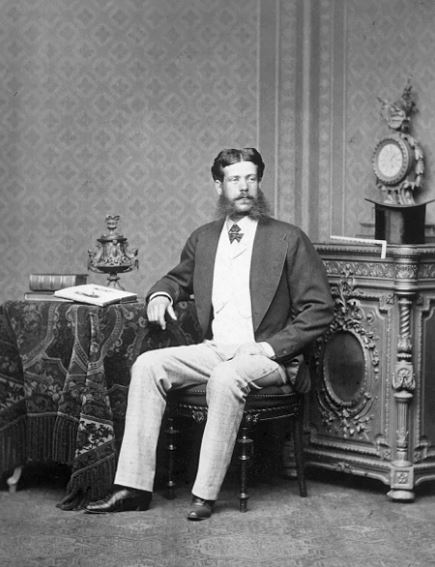 On his father's death in 1874, brothers Nathaniel and Ferdinand inherited most of their parents real estate and art collection. However, the family business went to Albert including the S M von Rothschild bank, the single largest shareholding in the Creditanstalt, and the shares in the Northern Railway. After two generations in Austria, communications between his family and the Rothschilds in England had diminished considerably but Albert wisely reinstated the regular exchange of vital information on current economic matters and politics in their respective countries.

Albert von Rothschild owned several large properties including the Palais Albert Rothschild at Prinz-Eugen-Straße 20-22, in the IV. district Wieden district of Vienna designed by the French architect Gabriel-Hippolyte Destailleur and built between 1876 and 1882.

In December 1887 Albert and his wife were given the right to be presented at Court, the first time such a privilege had been granted in Austria to persons of the Jewish faith. Albert continued the family's involvement in the arts and with philanthropic projects. He was a chess patron who helped to finance the Vienna tournaments of 1873, 1882, 1898, 1903 (Gambit) and 1908. He was also President of the Vienna Chess Association 1872-1883 and a strong amateur player. He took a special interest in institutions that provided assistance to Jewish artists and musicians. Following his wife's death in 1892 at the young age of thirty-four, in her memory Albert von Rothschild built the Bettina Frauenspital (Bettina Hospital for Women) and a Bettina Rothschild begonia was named for her. The Austrian astronomer Johann Palisa named the large Main belt asteroid he discovered in 1885 the 250 Bettina in her honor as a benefactor of the Vienna Observatory.

Albert was awarded the Iron Cross of Merit in 1893 for his role in Austro-Hungarian monetary reform.

When his unmarried and childless brother Nathaniel died in 1905, Albert inherited his Palais Nathaniel Rothschild at 14-16 Theresianumgasse in Vienna along with its large collection of art.

Albert Salomon von Rothschild died in Vienna on February 11, 1911 and was interred next to his wife and their six-year-old daughter Charlotte in the city's Zentralfriedhof. In recognition of Albert von Rothschild's years of financial support, the 719 Albert Amor asteroid was named in his memory by astronomer Johann Palisa.