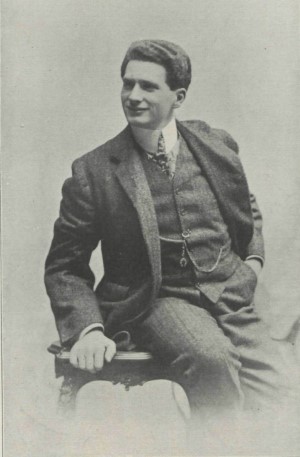 Adam Didur or Adamo Didur was a famous Polish operatic bass singer. He sang extensively in Europe and had a major career at New York's Metropolitan Opera from 1908 to 1932.

He was born on 24 December 1874 in Wola Sękowa near Sanok, Poland. Didur studied in Lwów with Valery Wysocki and later with Franz Emmerich in Milan. He made his vocal debut as a soloist at a concert performance of Ludwig van Beethoven's Ninth Symphony in Milan, Italy. His operatic stage debut came in 1894 as Méphistophélès in Gounod's Faust in Rio de Janeiro. Besides South America, he also toured Egypt and Italy in 1894, including the small town of Pierolo near Turin where he met his first wife, a Mexican singer Angela Aranda Arellano.

After steady years at Warsaw Opera from 1899 to 1903, Didur launched a career at major European opera houses. His guest appearances in Spain and Russia in 1903 were followed by La Scala years 1903-1906, first appearing there as Wotan in Das Rheingold. His debut at London's Royal Opera House, Covent Garden, was in the role of Colline in La bohème on the opening night of the 1905 season (Nellie Melba was Mimì). He travelled later to Argentina, singing in Buenos Aires in the 1905–1908 operatic seasons. In 1914, he returned to London to sing Baron Archibaldo at the British premiere of Montemezzi's L'amore dei tre re and a few other roles.

His North American debut was as Alvise in Ponchielli's La Gioconda at the second season opening of Hammerstein's Manhattan Opera House. It was the night of "Golden Age" stars, also featuring American debuts of Giovanni Zenatello as Enzo and Jeanne Gerville-Réache as La Cieca, while Lillian Nordica sang the title role, Mario Ancona was Barnaba and Eleanora de Cisnero was Laura. A year later, Metropolitan Opera engaged Didur as Méphistophélès in Gounod's Faust at the inauguration of the new Brooklyn Academy of Music to be followed two days later by his Ramfis in Giuseppe Verdi's Aida. On this all-star opening night of the 1908 season, Arturo Toscanini was in the pit and the rest of the cast included Emmy Destinn in her Met debut as Aida, Enrico Caruso (Radames), Louise Homer (Amneris) and Antonio Scotti (Amonasro). He remained with the company for a quarter of a century and became one of its principal bass singers, counting 933 performances in 55 roles.

It was at the Met in 1913 that he appeared in the title role of Boris Godunov in the American premiere of Mussorgsky's opera. Didur created the roles in three operas by Giacomo Puccini at the Met, La fanciulla del West and the Il tabarro and Gianni Schicchi of the Il Trittico trilogy. He also appeared at the world premiere of Humperdinck's Die Königskinder. His other important "firsts" at the Met include the US premieres of Mozart's Così fan tutte, Smetana's The Bartered Bride, Borodin's Prince Igor (singing both Prince Galitzky and Khan Konchak), and Montemezzi's L'amore dei tre re. He also sang under the baton of Gustav Mahler in Mozart's Le nozze de Figaro, Smetana's The Bartered Bride and the Met premiere of Tchaikovsky's The Queen of Spades. Didur's last appearance at the Met was in the role of Coppélius in Les Contes d'Hoffmann on 11 February 1932. His voice had been on the wane for some time and he returned to live in Europe.

Two months before the outbreak of World War II, Didur was appointed director of the Warsaw Opera, but the 1939 bombardment, almost completely destroying the opera building, made work impossible. He continued his work as a professor in Lwów and then Katowice, where he also started working on founding an opera company. Soon after the war ended in 1945, he was appointed the first director of the Silesian Opera., which opened with the performance of Moniuszko's opera Halka that Didur produced.