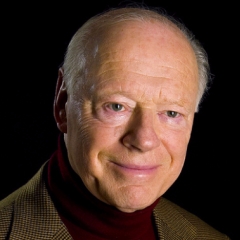 Bernard Johan Herman Haitink is a Dutch conductor and former violinist. Haitink has five children from his first marriage to Marjolein Snijder. He and his fourth wife, Patricia Bloomfield, barrister and past viola player in the Covent Garden Opera orchestra, live in London.

Haitink was born in Amsterdam, the son of Willem Haitink, a civil servant who was to become director of the Dutch electricity board, and Anna Clara Verschaffelt, who worked for Alliance Française. He studied the violin and conducting at the Conservatorium van Amsterdam. He played the violin in orchestras before taking courses in conducting under Ferdinand Leitner in 1954 and 1955.

Haitink conducted his first concert on 19 July 1954 with the Netherlands Radio Union Orchestra (later the Hilversum Radio Philharmonic Orchestra (RPO)). He became second conductor of the orchestra in 1955, and chief conductor of the orchestra in 1957. His conducting debut with the Amsterdam Royal Concertgebouw Orchestra (RCO) was on 07-11-1956 and 08-11-1956, substituting for Carlo Maria Giulini. Program Vivaldi and Cherubini.

After the sudden death of Eduard van Beinum (1900-1959), Haitink was named first conductor of the Amsterdam Royal Concertgebouw Orchestra (RCO) on 1 September 1959. He became principal conductor in 1961, and shared that position jointly with Eugen Jochum until 1963, when Haitink became sole principal conductor. 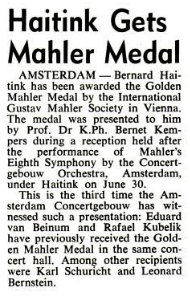 With the Concertgebouw Orchestra, Haitink made many recordings for the Philips label, and later Decca and EMI Classics, and toured widely with the orchestra. 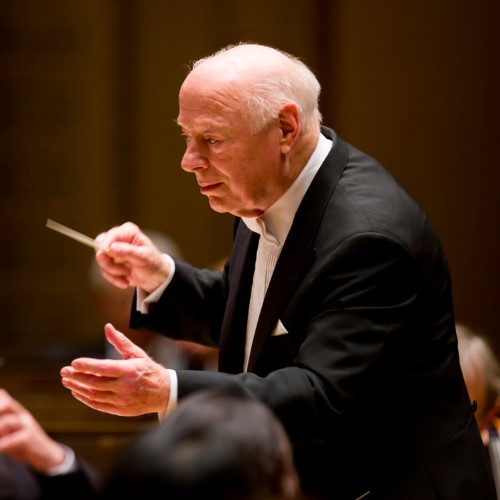 In the early 1980s, Haitink threatened to resign his Concertgebouw post in protest at threatened reductions to its subsidy from the Dutch government, which could have led to the dismissal of 23 musicians from the orchestra. The financial situation was eventually settled, and Haitink remained as chief conductor until 1988.

In 1999, he was named the honorary conductor of the Royal Concertgebouw Orchestra. In December 2012, following his advocacy for the RFO in the wake of proposed budget cuts to the orchestra and Dutch music in general, Haitink accepted the title of patron of the RFO.

March 2014 Haitink stated to the Dutch newspaper Het Parool that he wished to renounce the title of RCO conductor laureate and no longer to guest-conduct of the orchestra, in protest at the orchestra's current administrative management. In September 2015, the Royal Concertgebouw Orchestra announced a rapprochement with Haitink, with a scheduled guest-conducting engagement with the orchestra in the 2016-2017 season.

Outside the Netherlands, Haitink was principal conductor of the London Philharmonic Orchestra from 1967 to 1979. Haitink also served as the music director at Glyndebourne Opera from 1978 to 1988. He was music director of the Royal Opera House, Covent Garden from 1987 to 2002, where he was praised for his musicianship, but received criticism for his degree of attachment to the entire organisation.

From 2002 to 2004, Haitink was chief conductor of the Dresden Staatskapelle (SKD). His original contract with Dresden was through 2006, but Haitink resigned in 2004 over disputes with the Staatskapelle's Intendant, Gerd Uecker, on the orchestra's choice of successor. 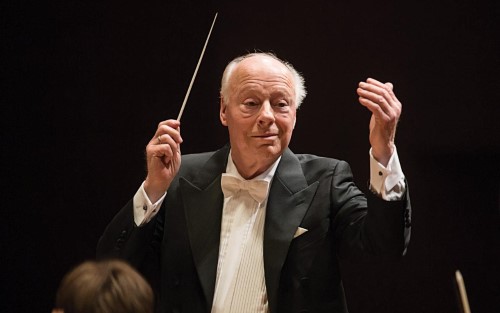 In April 2006, after an acclaimed two-week engagement in March 2006 with the Chicago Symphony Orchestra (CSO), the CSO appointed Haitink to the newly created position of principal conductor, effective as of the 2006-2007 season. The duration of the contract was four years. Haitink had declined an offer from the CSO to be music director, citing his age. With respect to this contract, Haitink stated that "every conductor, including myself, has a sell-by date." He concluded his Chicago principal conductorship in June 2010 with a series of concerts of the complete Beethoven symphonies and being awarded the Theodore Thomas Medallion by the orchestra.

Haitink has conducted and recorded a wide variety of repertoire, with the complete symphonies of Beethoven, Brahms, Schumann, Tchaikovsky, Bruckner, Mahler, Shostakovich and Vaughan Williams, and the complete piano concertos of Beethoven and Brahms with Claudio Arrau notable among his recordings. Haitink has made many recordings for several labels, including Philips Records, EMI Classics, Columbia Records, LSO Live, RCO Live, and CSO Resound. Other recordings include the complete orchestral works of Debussy, the two symphonies of Elgar, the three Mozart/Da Ponte operas, and Wagner's complete opera cycle Der Ring des Nibelungen, and the opera Tannhäuser.

Haitink formally stated in a 2004 article that he would no longer conduct opera, but he made exceptions in 2007, directing three performances of Parsifal in Zurich in March and April and five of Pelléas et Mélisande in Paris (Théâtre des Champs-Élysées) in June. He stated in 2004 that he did not plan to conduct again at the Royal Opera, Covent Garden. However, an April 2007 announcement stated that Haitink would return to the Royal Opera in December 2007, with the same Zurich production of Parsifal, and he fulfilled this engagement. 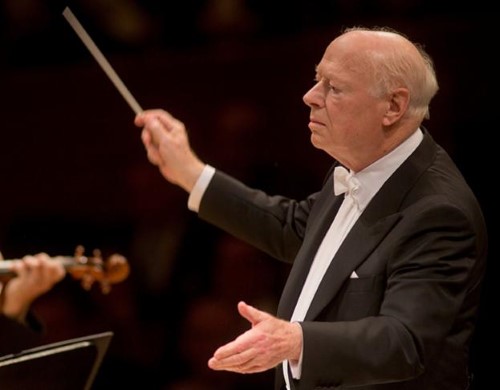 More recently, Haitink has led master classes in conducting for young conductors in Luzern for several years. In June 2015, the European Union Youth Orchestra announced the appointment Haitink as its conductor laureate, with immediate effect. 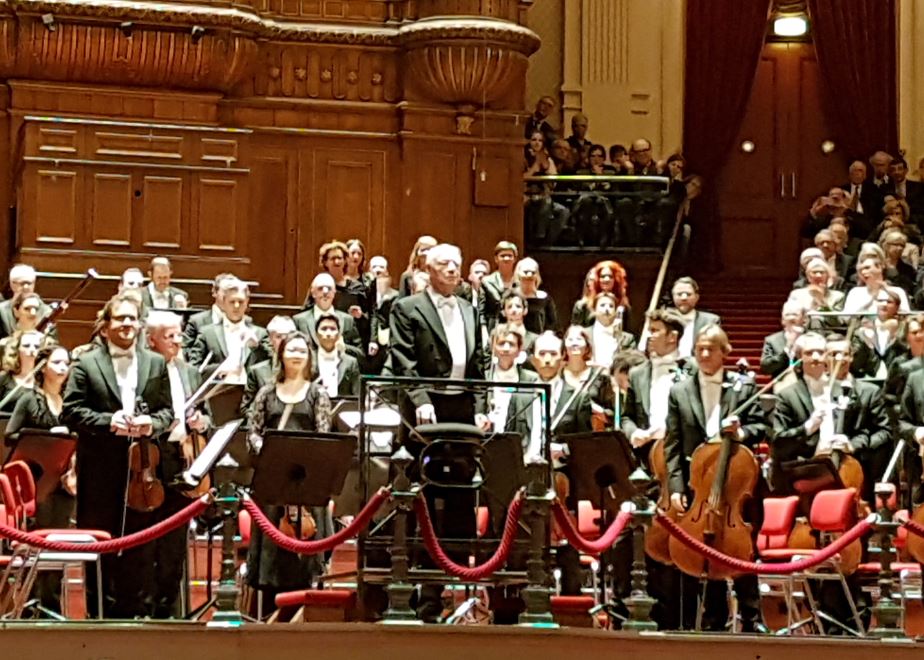 On the table, beside his iPhone (Haitink is a gadget freak, according to his wife Patricia), is the score of Mahler's Song of the Earth. "People play Mahler far too much," he says, surprisingly. "My worry is that Mahler is performed louder and louder to make a success." This is the opposite of Haitink's considered, architectural approach. "When I was very young and I started playing Mahler in London, the halls were half empty. Now he has this enormous popularity. Any orchestra that wants a success goes on tour with a Mahler symphony. Mahler said, 'My time will come.' But I'm not sure how pleased he would have been."

"His whole life was a fight against everything and everyone. Mahler had the talent to suffer!" 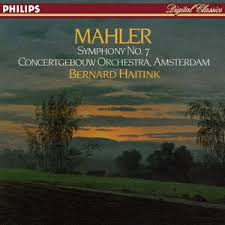 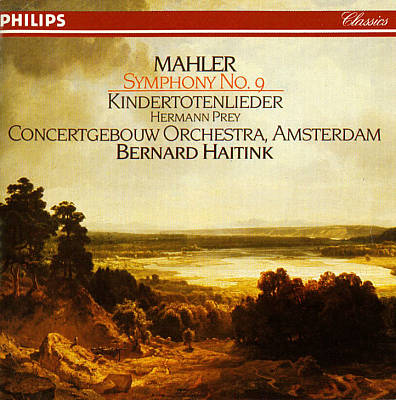