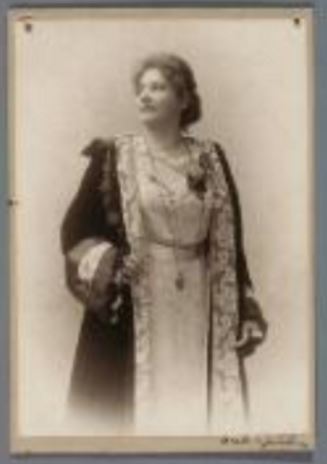 American, later Austrian contralto. She studied in Leipzig, where she made her début in 1893 as Mignon.

American contralto Adrienne von Kraus-Osborne [nee Adrienne Eisbein] as Waltraute. She studied in Germany with Auguste Gotze (Leipzig) and Felix von Kraus, who became her husband in 1899. Her debut (1893) was at the Leipzig Opera. She sang there until 1908 and them became a member of the Royal Opera in Munich. She appeared at the Bayreuth Festivals from 1902-1909.