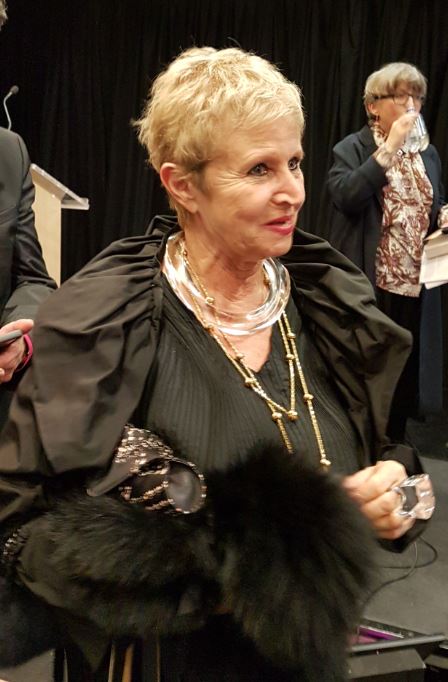 09-05-2007 Austria returned a painting by Edvard Munch (1863-1944) called "Summer Night on the Beach", to the granddaughter of the composer Gustav Mahler (Marina Fistoulari Mahler (1943)), ending a 60-year legal battle. The painting, which has hung in Vienna's Belvedere museum since 1940 (Belvedere), was handed to Marina Fistoulari-Mahler in Vienna today, the Belvedere said in a statement. Culture Minister Claudia Schmied and Belvedere Director Agnes Husslein-Arco attended. Fistoulari-Mahler, who lives in Italy, has not yet said what she plans to do with the painting,''Lena Maurer, press spokeswoman for the Belvedere, said by telephone from Vienna. "It is being collected. The transport company was commissioned by Ms. Fistoulari-Mahler, so we don't know where it is going.''

The Munch seascape was given to Alma Mahler (1879-1964) by her second husband, the architect Walter Gropius (1883-1969), to mark the birth of their daughter (Manon Gropius (1916-1935)). Alma Mahler (1879-1964), who was married to Mahler before she became Gropius's wife, lent the Munch and four other works to the Belvedere, then called the Oesterreichische Galerie, in 1937. She escaped Austria the day after Hitler annexed the country, together with her third husband, the poet Franz Werfel (1890-1945). After she fled, Mahler-Werfel's stepfather Carl Julius Rudolf Moll (1861-1945), one of the founders of the Oesterreichische Galerie, took ownership of the painting and sold it to the museum without her permission.

Alma Mahler (1879-1964) first tried in 1947 to get back the painting, which she described as her favorite picture, the Belvedere statement said. She kept up the fight until her death in New York in 1964. Her granddaughter Marina Fistoulari Mahler (1943), the sole surviving heir, then took over. The painting, showing a coin-like moon reflected as a blurred golden streak in a softly rippling, indigo sea, has a mystic, Nordic quality. Ghostly pale shells and banks of dark-green weed adorn the shore.

After 60 Years, Austria Will Return a Munch Work to a Mahler Heir

PARIS, Nov. 8 — After an on-and-off restitution battle lasting six decades, the Austrian Culture Ministry agreed on Wednesday to return a painting by Edvard Munch (1863-1944), “Summer Night on the Beach,” to Marina Mahler. She is the granddaughter of the composer Gustav Mahler and his wife, Alma, who originally owned the oil.

“It’s kind of overwhelming,” Ms. Mahler said in a telephone interview from London. “There is such a lot of emotion. It’s terribly moving, not just personally but also because of history. It has been a long time.”

The painting, which shows the moon reflecting off a calm sea before a rocky beach and is sometimes referred to as “Seascape With Moon,” has been hanging since 1940 in the Austrian Gallery, known as the Belvedere, in Vienna. The Austrian government had rejected all previous claims to the painting, most recently in 1999, on the ground that the Belvedere had legitimate title to it.

Wednesday’s ruling followed a recommendation earlier that day by the country’s Art Restitution Commission, which followed the spirit of a new law adopted in 2001 aimed at easing the way for the return of art unjustly acquired under Nazi rule.

Earlier this year Austria also restored five valuable paintings by Gustav Klimt to Maria Altmann of Los Angeles, the surviving heir and niece of Adele and Ferdinand Bloch-Bauer, who fled Austria after the Nazi takeover there in 1938. One of those oils has been acquired by the cosmetics executive Ronald S. Lauder for $135 million; the others were being offered at auction by Christie’s in New York on Wednesday evening.

Munch’s “Summer Night on the Beach,” painted around 1902, was presented as a gift to Alma Mahler in 1916. By then Gustav Mahler had died, and she had married the architect Walter Gropius. In 1937 she decided to lend the work to the Belvedere; by then she was married to the writer Franz Werfel. The following year, Alma Mahler and Mr. Werfel fled the German annexation of Austria, leaving the painting behind. Alma Mahler’s stepfather, Carl Moll, recovered the painting from the Belvedere and later resold it to the museum for what at the time was a modest sum, 7,000 reichmarks. It was this sale that the Austrian government cited to justify its refusal to return the work to Alma Mahler.

Alma Mahler, who died at 85 in New York in 1964, was said to feel so betrayed by her native Austria that she refused to travel to Vienna to attend celebrations of the centenary of Mahler’s birth in 1960. Asked what she now intended to do with the painting, Marina Mahler said she had not had time to decide.

“First, I’m going to sit and look at it and share it with my daughter and all the people who have helped me,” she said. “I want to go to Austria to thank every person who gave me support and sympathy. That’s my main task — to thank people.”

Still, even now, the Austrian government seems reluctant to recognize the importance of its decision to Ms. Mahler. She learned of the ruling when the Austrian Press Association ran a small article announcing that the Austrian culture minister had approved the restitution. The ministry also issued a brief statement on the painting’s return, but by late Wednesday, no one from the Culture Ministry had called Ms. Mahler to inform her of the decision. A reporter’s efforts to reach Culture Ministry officials by telephone were also unsuccessful.

“It was done without any grace at all,” Ms. Mahler said. 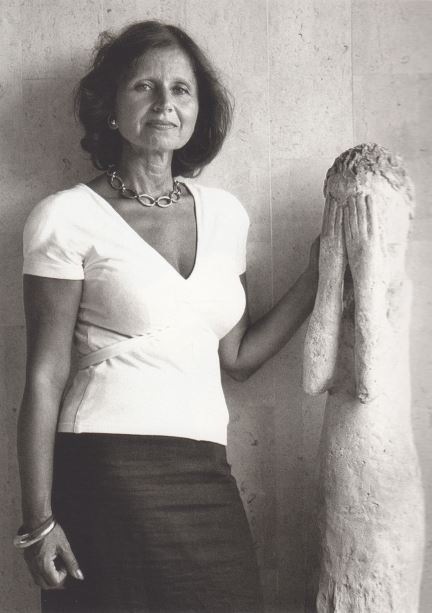 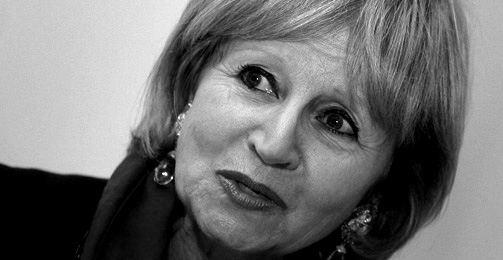 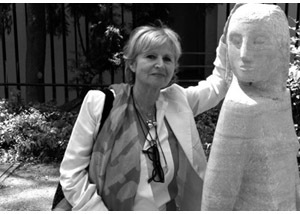 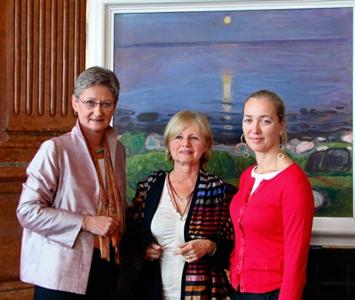 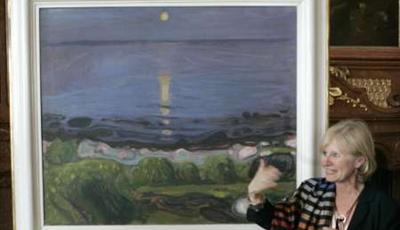 2007. Marina Fistoulari Mahler (1943), Belvedere, Vienna, Austria. Marina Fistoulari-Mahler, gestures in front of Norwegian artist Edvard Munch's painting "Summer Night on the Beach" in Vienna's Belvedere Museum May 9, 2007. The Republic of Austria on formally returned ownership of the painting to Fistoulari-Mahler, the grandchild of Alma Mahler-Werfel, the former owner of the artwork, who was forced to leave the painting in Vienna when she fled from the Nazi regime in 1937. 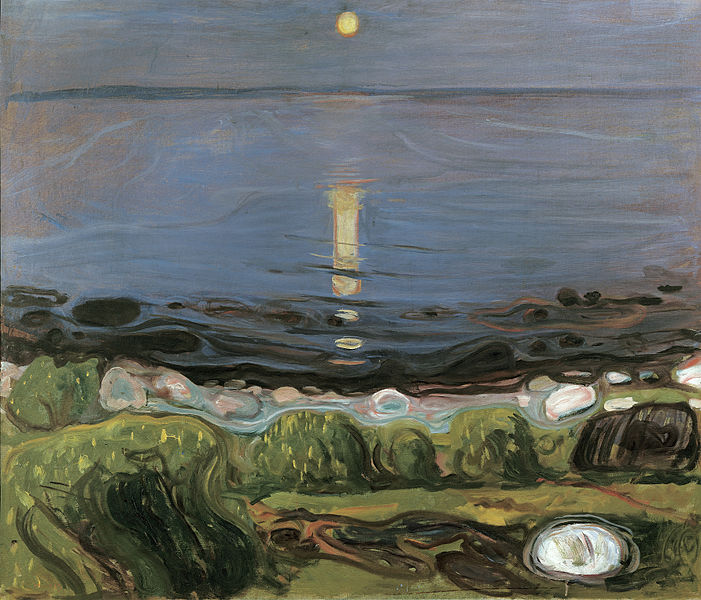 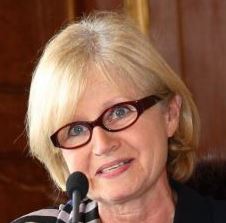 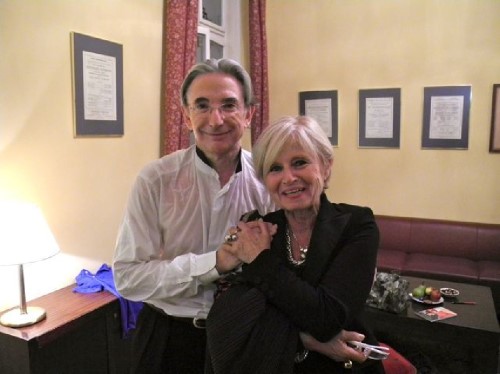 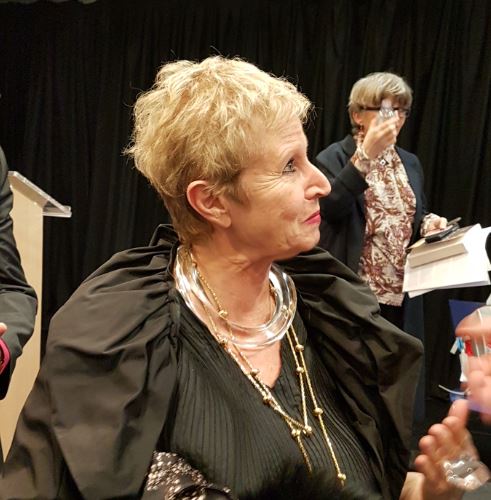 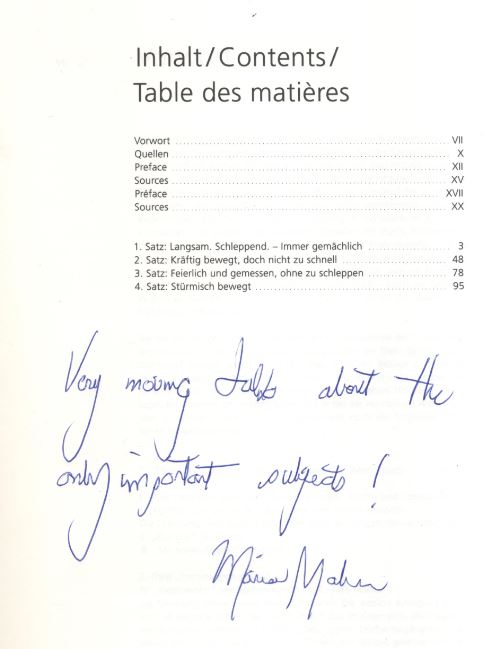